My name is Ali Hamad.

The first game I owned as a kid was Final Fantasy VII, and it was the first game where I played with systems. Since then, I've devoutly played games almost every single day, but it wasn't until I played Metal Gear Solid - with its gameplay and story - that I knew in my heart I wanted to make games.

Initially, I detoured as a physiotherapist where I conducted exercise therapy, project management, and mastered dry-needling. Later, I did graphic design commisions, and then underwent the Game Designer program at Futuregames.

During my time there I had many objectives related to my role as class representative, member of the Wellness Council, as well as taking part in the school marketing campaigns. My focus during the education there was gameplay and tech design, and now I am a Game Designer.

To me, gameplay makes up the backbone of any game. Whether it be the abilities or combat – I strive to embed all my efforts in the technical design, in order to build the gameplay I've envisioned. With a tweak of the numbers and a spark in the script, the gameplay and tech intertwine into the games I make.

Me as a Person

As a person, I'm friendly and always excited to meet new people. I'm a huge tech-geek - I love experimenting and tinkering with PC:s and electronics, and I have a vast collection of vintage games that you cannot separate from me.

Other than gaming, I spend my time doing nature and urban photography, which goes well with my biking hobby. Stockholm has been my home forever, but I still find hidden places wherever I go.

That's a little bit about me! Thank you for visiting my portfolio. I hope you've enjoyed my pieces, and that I have piqued your interest. 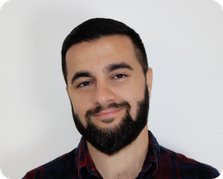 Pushing the limits of home-tech